By Billie Carn FRSA
Organisations need to do more to understand the value of disruptors and the conditions that drive innovation
Who are mavericks? They are the weird kids in the playground. The ones that stand out simply because they are not like everyone else around them. They are not concerned with trying to fit in, but they still want to play with the other children. And when they grow up, these very same mavericks work in organisations and businesses around the world, probably including yours.
The term maverick originates from Samuel A Maverick, a Texan lawyer, politician and land baron who refused to brand his calves, his theory being that if all the other cattle owners were branding theirs, then those without a brand belonged to him. Funnily enough, his gambit worked and his stock kept increasing because any unbranded calf was assumed to be his. He challenged the status quo and did good business, just not in the way it was usually done. The Oxford English Dictionary definition of a maverick includes “an unbranded calf or yearling”, as well as “an unorthodox or independent-minded person”.
Business is the second-best tool we have to change the world; because we have not yet figured out the first. Until we do, innovation in business is essential; changing the world and pushing humanity forward is dependent on new thinking. Innovation is part of the maverick DNA. One nucleotide of that DNA is a particular mindset: one that questions and challenges.

Mavericks challenge the rules and are comfortable questioning them: what is the purpose of this rule, why does it exist? Is it relevant to the context, situation or project? Is it obsolete, or does it need replacing with a new, more relevant one?
They challenge groupthink by not conforming to the group’s dominant way of thinking if it does not make sense or resonate with them. This is not because they want to be difficult, but because they know innovation does not happen in the groupthink space, and believe that there really may be a different solution to the problem. They highlight the alternatives, which they are more likely to find because their curious and inquisitive nature means they explore different ideas from different fields. Mavericks are polymaths, hence they often come up with unique solutions.
Mavericks challenge the status quo by questioning why we have to do things the way we have always done them and because they believe there is a bigger, better, stronger, faster way. They ask ‘what if’ and ‘why not’, thinking differently and chasing audaciously big moonshot thinking goals.
Authority and status do not impress mavericks; visionaries on a mission do. Audacious goals require leaders willing to take the risks mavericks want to take, but too often the latter find that people with authority are risk-averse. Leaders can often be the very reason outside the box thinking is not encouraged or flourishing. Often the system wants to focus on imitation or iterative innovation, whereas mavericks like to disrupt via radical innovation. 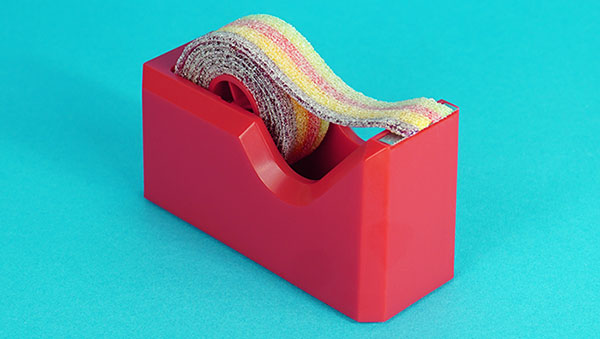 These are some of the reasons mavericks can end up labelled as difficult, and not team players. But my research shows that mavericks highly value the team and its diversity and acknowledge that, even though they might come up with the moonshot idea, without a team with very different skills to themselves they would never actually build the rocket.
In some ways, there are similarities between how we characterise mavericks and how we label children who do not fit in, describing them as a ‘problem’ child, rather than recognising they have different gifts. Indeed, this attitude can prevail until such time as they have become successful, at which point the world writes books about them and aspires to be like them. Often mavericks are represented as egotistical iconoclasts on a self-serving mission. And yet, like most things in life, the truth is more complex and nuanced.

If we are to understand the value of mavericks in driving innovation, we need to stop focusing on the challenges they present, instead making an effort to understand the mountains they climb. The high profile of certain mavericks, such as Elon Musk and Richard Branson, obscure the reality of life for many others.
Being ahead of the curve, mavericks are early-adopter visionaries and sometimes their ideas are just too far ahead for others to see. Often they have to wait for the environment or technology to catch up. Think of Netflix, which although starting business in 1998, only became profitable six years later.
Mavericks are pioneers but they can find it difficult to monetise the connections their brains make. Think of the Wright brothers, who were bicycle makers and mechanics and whose funding for their experiments  came from their cycle company. One of the reasons for this is that it is often difficult to explain ideas relating to things that do not yet exist. Imagine explaining cars to a world in which the most advanced form of transport is the horse.
The life of a maverick can be one of uncertainty; their skills and approach do not necessarily allow for a regular career path and their resumés do not tend to fit nicely into a specific job. This can mean uncertainty about income and whether an employer will see the value of their contribution to the team, or whether their idea will be positively received, funded or executed. Mavericks learn to accept these uncertainties; it is how these affect their loved ones that concerns them.
The life of the maverick can be lonely at times. Often ostracised for not conforming to groupthink and for not being ‘like’ the team, they are labelled as loners. In risk-averse environments, they can find themselves isolated – simply because they are comfortable taking risks – and facing rejection because they take the road that is right for them but which happens to be the one less travelled.
The result is that while many corporations talk up innovation – and need it to drive their business models – they do not in practice value unique and new ideas and trying to restructure things, as these can be seen as a threat to the status quo. The fashion for conducting behavioural and personality assessments on staff, and the emphasis on creativity and thinking outside of the box, do not mean that corporate cultures are tolerant or accepting of maverick traits and ways of working. In most organisations, fixed hierarchies are still the norm, and mavericks are free spirits who require a different style of management to produce their best work. Meanwhile, cultures that reward people for results, rather than for creating new opportunities, do not allow mavericks to add their innovation value.

Why does this matter? A major challenge for many businesses today is understanding the environmental and individual factors that are most conducive to innovation. Yet, with all the talk of the rapid pace of change, it may be surprising to learn that, according to an analysis by economist Ufuk Akcigit et al., published in 2017, innovation is both becoming more difficult and slowing in pace. As Covid-19 has starkly reminded us, societal shocks can sometimes drive practical innovation, impelled by a sense of urgency and the removal of the status quo. But we need to do more to create the ‘steady state’ environment for successful innovations that will not just support economic recovery but also help us to meet future challenges.
In their 2010 book, The Other Side of Innovation, strategy and innovation experts Vijay Govindarajan and Chris Trimble argue that one of the challenges to innovation is that it has become synonymous solely with ideas, which on their own do not drive economic growth. When working with a wide range of organisations, too often they found that innovation was approached as a hunt for ‘the big idea’. While new ideas are necessary to drive innovation and economic growth, the authors argue that ideas alone are not sufficient. What was often overlooked was execution within the real-world context of organisations.
Much of the research in this area has identified the critical role that mavericks play in relation to innovation, with a high number of extraordinary innovations directly resulting from mavericks who could bypass their organisation’s early approval processes. In her work, organisational behaviourist Ella Miron-Spektor acknowledged that, in most cases, radical innovations were tied to mavericks.
So, given their importance to innovation and their potential for disruption that leads to fiscal success, how can we better understand the role mavericks play, and how can organisations make the best use of their skills?
My Business Mavericks project posed the research questions: how and why do mavericks operate the way they do in business? We used grounded theory and semi-structured interviews, together with a validated Maverickism Scale developed by Elliroma Gardiner and Chris Jackson in 2012 at the London School of Economics, and the VIEW Creative Problem Solving Style Assessment tool developed by Ed Selby et al. in 2004. Are you born or bred a maverick? Does ‘doing things differently’ require certain skills, and if so, what are they? When a venture is unsuccessful, what would you consider are the main reasons for its failure? These are some of the questions we asked, alongside gathering data from 99 mavericks from diverse industries.
The Business Mavericks project found that successful mavericks are those who: have or create the freedom to try new things; effectively communicate the ideas in their head to others; can pivot when an unseen opportunity presents itself; and have the support of a key individual who backs their ideas, as well as a team of executors who turn these into reality.
Just as mavericks need to learn to work effectively with non-mavericks, the reverse is also true. Non-mavericks need to learn how to empower mavericks to execute their ideas and innovate. Doing so will require organisations to create cultures and work environments that value team diversity in all its forms, where every team member’s contribution is acknowledged and valued, and where mavericks are actively recruited, nurtured and encouraged to do what they do best. This would help lift the barriers that are holding innovation back and encourage a culture of asking what needs to change for us to become organisations that mean it when we say we want to ‘fail fast and fail forward’. Organisations should reward those who try new things and push the boundaries, instead of solely focusing on the short-term bottom line.
Can you imagine the wonderful things we could create in a business world that looked like that? A world where our differences were valued and where the biggest challenge facing a maverick was what crazy idea they should try next, and where the biggest challenge for non-mavericks was to figure out how to turn these crazy ideas into reality?
This article first appeared in the RSA Journal Issue 1 2021.